ZORA AND ME: THE CURSED GROUND 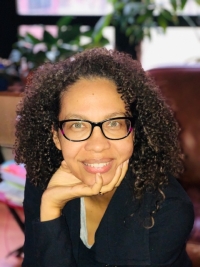 ZORA AND ME: THE CURSED GROUND

This powerful fictionalized mystery of Zora Neale Hurston’s childhood adventures explores how speaking the secrets of slavery unlocks a future of freedom and truth for everyone.

The voices of Zora, Carrie, Lucia, and their families and friends make for powerful, unflinching storytelling, worthy to bear the name of a writer Alice Walker called a "genius" of African-American literature. An extraordinary, richly imagined coming-of-age story about a young Zora Neale Hurston, the long, cruel reach of slavery, and the power of community.
Kirkus Reviews— Starred Review

Simon keeps the plot moving briskly and sustains suspense even as she folds in truly profound, timely, and important themes; and one of the things Zora and Carrie have learned by book’s end is that “history wasn’t something you read in a book. It was everything your life stood on.”
The Horn Book— Starred Review

This stunning sequel to Zora and Me is a fictionalized mystery based on Zora Neale Hurston's childhood and includes a biography of Hurston as well as a timeline of her life. T.R. Simon's writing does elegant justice to the grownup Hurston's genius as a writer as well as to the character she apparently was as a child.
Shelf Awareness— Starred Review

Simon offers keen insight into how the past affects the present, no matter how many years between them.
School Library Journal — Starred Review

Indeed, this is a powerful story that will stick with readers.
School Library Connection— Recommended

When Zora Neale Hurston and her best friend, Carrie Brown, discover that the town mute can speak after all, they think they’ve uncovered a big secret. But Mr. Polk’s silence is just one piece of a larger puzzle that stretches back half a century to the tragic story of an enslaved girl named Lucia.
Read More

Oskar and The Eight Blessings

Winner of the 2015 National Jewish Book Award for Children's Literature

“A wonderful, heartwarming picture book for any library at any time of year.”
―School Library Journal, starred review

A refugee seeking sanctuary from the horrors of Kristallnacht, Oskar arrives by ship in New York City with only a photograph and an address for an aunt he has never met. It is both the seventh day of Hanukkah and Christmas Eve, 1938. As Oskar walks the length of Manhattan, from the Battery to his new home in the north of the city, he passes experiences the city's many holiday sights, and encounters it various residents. Each offers Oskar a small act of kindness, welcoming him to the city and helping him on his way to a new life in the new world. This is a heartwarming, timeless picture book.

The brilliance of this novel is its rendering of African-American child life during the Jim Crow era as a time of wonder and imagination, while also attending to its harsh realities. Absolutely outstanding.
—Kirkus Reviews (starred review)

Like Hurston, who celebrated her rich roots but was also a wanderer at heart, this novel of lies and revelations will reach a wide audience, and some strong readers will want to follow up with Hurston’s writings.
—Booklist (starred review)

Racial duplicity threatens an idyllic African American community in the turn-of-the-century South in a dazzling debut inspired by the early life of Zora Neale Hurston. (Ages 10 and up)

Whether she’s telling the truth or stretching it, Zora Neale Hurston is a riveting storyteller. Her latest creation is a shape-shifting gator man who lurks in the marshes, waiting to steal human souls. But when boastful Sonny Wrapped loses a wrestling match with an elusive alligator named
Ghost -- and a man is found murdered by the railroad tracks soon after -- young Zora’s tales of a mythical evil creature take on an ominous and far more complicated complexion, jeopardizing the peace and security of an entire town and forcing three children to come to terms with the dual-edged power of pretending.